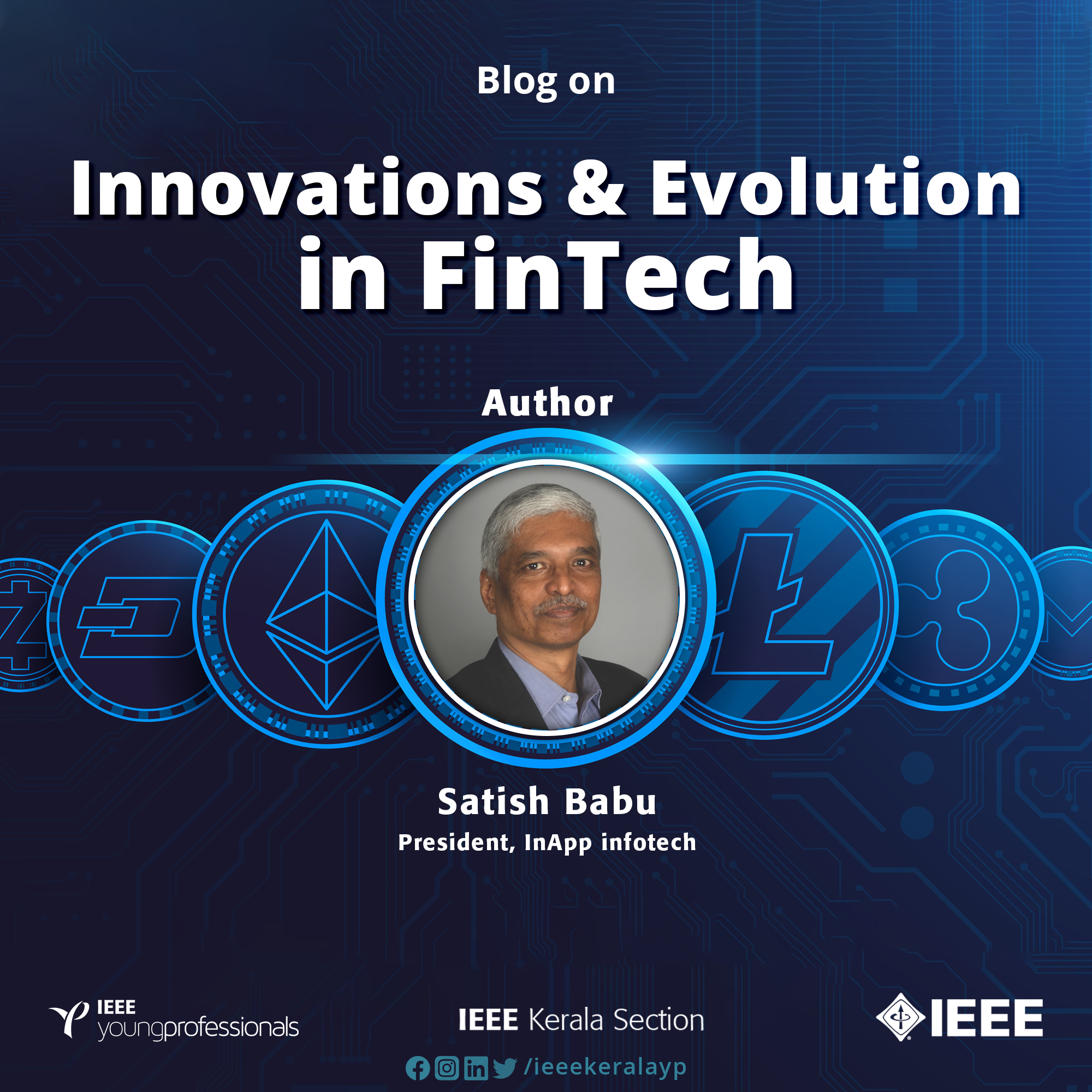 One of the most important innovations in FinTech in the last decade was that of Cryptocurrencies, together with the disciplines of CryptoFinance and CryptoEconomics. Starting with Bitcoin in the 2008-09 period, the initial part of the last decade saw significant innovations in cryptocurrencies with platforms such as Ethereum, Ripple, Litecoin, Cardano, Monero, and IOTA emerging.

Although the initial performance of cryptocurrencies was beset with numerous security and other issues (including Ethereum, which need a community “intervention” during its early life to recover stolen funds), over the decade, the core cryptocurrency platforms strengthened their algorithms to the point where security breaches were rare, although users still lost coins through carelessness and through attempts by creative hackers.

The main difference between Bitcoin, which laid the ground for cryptocurrencies at the intersection of computer networking, economics and behavioural sciences, and second-generation crypto platforms such as Ethereum, was that many of the latter were programming platforms that addressed some of the weaknesses of Bitcoin such as scalability, anonymity and programmability. Second-generation platforms provided a giant global cryptocurrency computer that could implement a cryptographically sound programming model and APIs. This enabled Smart Contracts, which were computer code intended to digitally facilitate, verify, or enforce the negotiation or performance of a contract automatically, without human intervention. While initial smart contracts were purely digital, there is significant work that seeks to integrate real-life digital assets (stocks, vehicles, real estate, bank deposits) through the process of tokenization.

One of the factors that made cryptocurrencies somewhat unstable as a store of value was that most of them had very volatile exchange rates with fiat currencies. Bitcoin, for instance, has seen substantial rises in its exchange rate to the Dollar, with equally significant price crashes. The concept of stablecoins were introduced to address this issue. Stablecoins were tired to fiat currencies, but possessed all the advantages of cryptocurrency including near-instant transfers and smart contracts.

An emergent property of Smart Contracts was Decentralized Finance (DeFi), which allowed owners of cryptocurrencies to stake their crypto assets for others to borrow, and receive interest on their funds. Since crypto-assets were secured by Smart Contracts that automatically liquidated the loan on account of non-repayment or other contingencies, the lender was sure that the asset would be intact. This non-custodial lending scheme allowed for quick, flexible and secure use of funds for both the lender and the borrower.

The increased flexibility of digital finance services was keenly being observed by several of the giant tech companies. In 2019, Facebook announced its own digital currency through a project called Libra.

Libra, administered through a consortium of companies, would leverage the 1 billion+ users of Facebook platforms such as Facebook, WhatsApp and Instagram, by instantly enabling these apps to carry out financial transactions. Libra was a stablecoin that would be tied to a fiat currency and stabilized by a basket of fiat currency deposits in regular  banks. Libra would offer instant digital inclusion for most of the world’s unbanked population. Any Facebook user could transfer funds or make borrowings for their businesses instantly using just their app.

The community that was most concerned about Libra was the national Central Banks of different countries. The Libra project, if implemented, would significantly benefit citizens of most countries, but would undermine the fiat currency of the country and the control that Central Banks exerted on the economy through the national monetary policy. In addition, Central Banks would have no control over Libra and a private company would be running a parallel economy in the country. In other words, Libra would be a shadow central bank for the world.

Consequently, the Libra project was put under intense regulatory scrutiny and is still being examined by the regulators of different countries. It is notable that several smaller countries have welcomed Libra as it would enable what their own central banks couldn’t do: provide digital financial inclusion for their citizens. In contrast, most large countries are determined not to let Libra operate.

However, most countries, whether small or large, realized that digital currencies such as Libra provided numerous benefits for the citizens. This led many countries to announce their own digital fiat currencies.

Central Bank Digital Currencies (CBDCs) are digital fiat currencies that are managed by the central bank of the country. CBDCs would be part of the monetary system of the country but would enable citizens to benefit from the flexibility of digital currencies. They would not be cryptocurrency (but may use blockchain to implement CBDCs).

Several countries have already announced their CBDCs including the People’s Bank of China, and the Sand Dollar of the Bahamas. Other countries are actively working on their CBDC.

Digital Finance Technologies are in the process of transforming traditional finance, banking and monetary policy. CBDCs, when implemented by countries, will radically transform the backbone of finance by providing immutable records, zero-knowledge validations, and programmable platform services that may be automated and executed without human intervention. With tokenization, almost all financial assets can be transferred to the digital finance platforms, thus transforming banking and financial services.

The IEEE Blockchain Project (https://blockchain.ieee.org/) provides a number of blockchain and cryptocurrency-based services for members and enthusiasts. Services offered include educational and training resources, podcasts, videos and conferences.

Satish Babu is a Free Software activist, early Internet advocate, and development professional based out of Kerala, India. He is the founding Director of the International Centre for Free and Open Source Software (ICFOSS), an autonomous academic/research institution of the Government of Kerala, India, where he worked from 2011 to 2015. He was earlier the CEO of South Indian Federation of Fishermen Societies  (SIFFS), an NGO of small-scale artisanal fishers of south India; a co-founder and President of InApp Information Technologies; and is associated with international and national professional societies such as IEEE, Internet Society (ISOC), ICANN, and the Computer Society of India (CSI).

What next for a biotechnology graduate ?